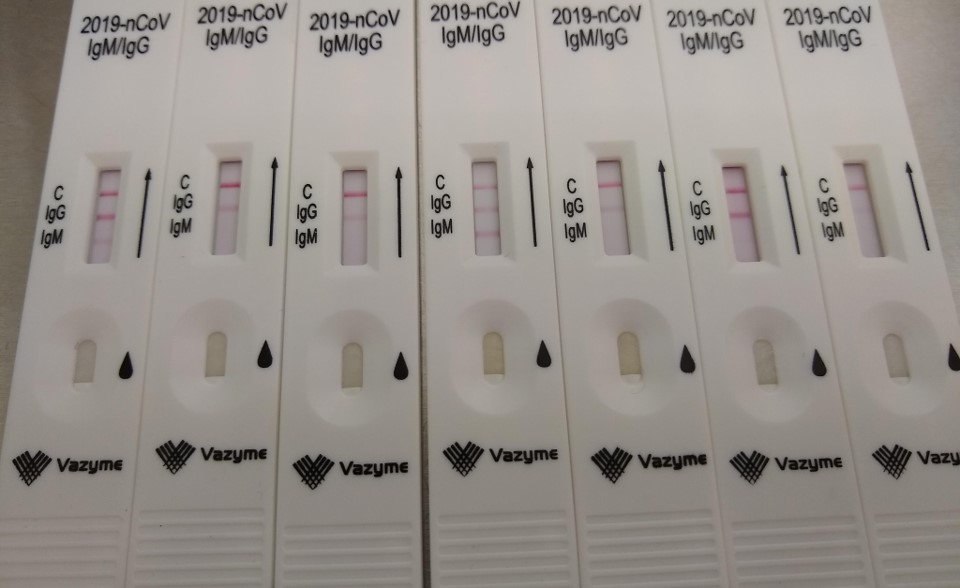 The best sample type for SARS-CoV-2 virus rapid tests will surprise you!

The best sample type for SARS-CoV-2 virus rapid tests will surprise you!

Two types of tests for SARS-CoV-2 currently predominate. The first are molecular tests, based on PCR technology, that detect the presence of viral nucleic acid and therefore indicate a current infection. The second are serology tests that are designed to detect anti-SARS-CoV-2 antibodies (usually IgG) generated by the immune systems of individuals who have been infected in the past.

RT-PCR to detect SARS-CoV-2 virus is relatively slow and requires specialist laboratories. At the outset of the pandemic, testing capacity was too low to meet the needs of governments, and even 6 months later demand for tests can outstrip supply in areas where there is a surge of infections. At the end of June 2020 Quest Diagnostics, a key player in COVID-19 testing in the USA, announced that only the highest risk patients could get a test result faster than 3-5 days. Other companies reported similar issues.

Alternatives to slow and expensive procedures such as RT-PCR testing do exist. Rapid tests based on Lateral Flow technology have been put forward as a faster, cheaper, low technology alternative to RT-PCR testing. However, this technology is fundamentally of lower sensitivity than PCR-based testing; while PCR is able to exponentially increase the signal until it is detectable, Lateral Flow (also known as immunochromatography) tests have little scope for signal amplification.

There is also the question of what tissue type to use for the testing. While many rapid tests use serum or plasma derived from blood as the sample of choice, that would only be a suitable matrix for SARS-CoV-2 testing if the virus was present in samples from infected individuals. In the case of SARS-CoV-2 it would seem that blood (and therefore serum and plasma) is not suitable. In a March 2020 JAMA paper, Wang et al. reported that using RT-PCR, SARS-CoV-2 was only identified in 3 out of 307 blood samples (1%) collected from up to 205 patients in China.

Since the virus is thought to be spread by droplets in coughing and sneezing, saliva has been considered a high potential sample type for rapid tests. It does seem that in many cases the virus is present in saliva samples – a recent paper by Azzie et al. in the Journal of Infection has determined that in a cohort of 25 patients with severe COVID-19, virus was detectable in the saliva of all 25 of them via RT-PCR. The Cycle Threshold values ranged from 18 to 32 with a mean average of 27. The extent to which the virus is present in asymptomatic patients remains to be determined.

A further challenge around rapid antigen detection in saliva or other sample types is sensitivity. RT-PCR is highly sensitive and theoretically able to detect a very low number of viruses. However, in a recent study by Mizuno et al. on >100 patients, virus was only detected in 11.7% of them using a rapid antigen test (Fujirebio) compared to up to 82% using molecular diagnostic tests.

Intriguingly, faeces and rectal swabs have a high potential as a positive sample type; in a review article Bwire et al. reported positive rates of 32.8% and 87.8%, respectively. Rectal swabs have a vastly superior positive rate according to this review than both nasopharyngeal (45.5%) and oropharyngeal (7.6%) swabs. Although they are perhaps not so amenable to drive-through testing(!), they have some potential for self-testing at home. 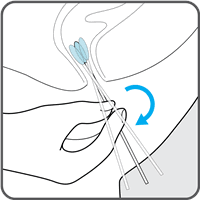 Our surprising conclusion is that stool samples may be the best matrix for rapid SARS-CoV-2 virus testing. Serum and plasma are clearly not suitable and saliva, which is perhaps the most convenient alternative, may have a lower viral load than stools. A further challenge with both stools and saliva is that they are likely to need diluting into a suitable liquid prior to testing, to enable them to flow down the test strip. This would reduce the test sensitivity even further .

If rapid tests cannot reach the levels of sensitivity of RT-PCR tests, do they have any utility? Some believe that they do. If it was possible to make such a cheap and easy test that everyone in the country could be tested, say, 1 or 2 times every day, it could be that at some point in the infection cycle those carrying infections would have a high enough viral load to test positive using a low sensitivity test. In the context of this pandemic where a large proportion of those infected never find out due to being asymptomatic or not ill enough to get tested, this may be of value, and is presumably why companies continue to pursue the holy grail of SARS-CoV-2 rapid testing.

Logical Biological provides human patient material for SARS-CoV-2 relevant to both virus and serology testing. This includes nasal swabs with quantitative PCR results, saliva and serum/plasma. You can contact us here to let us know your requirements.

The time we saved a woodpecker during our lunch-break