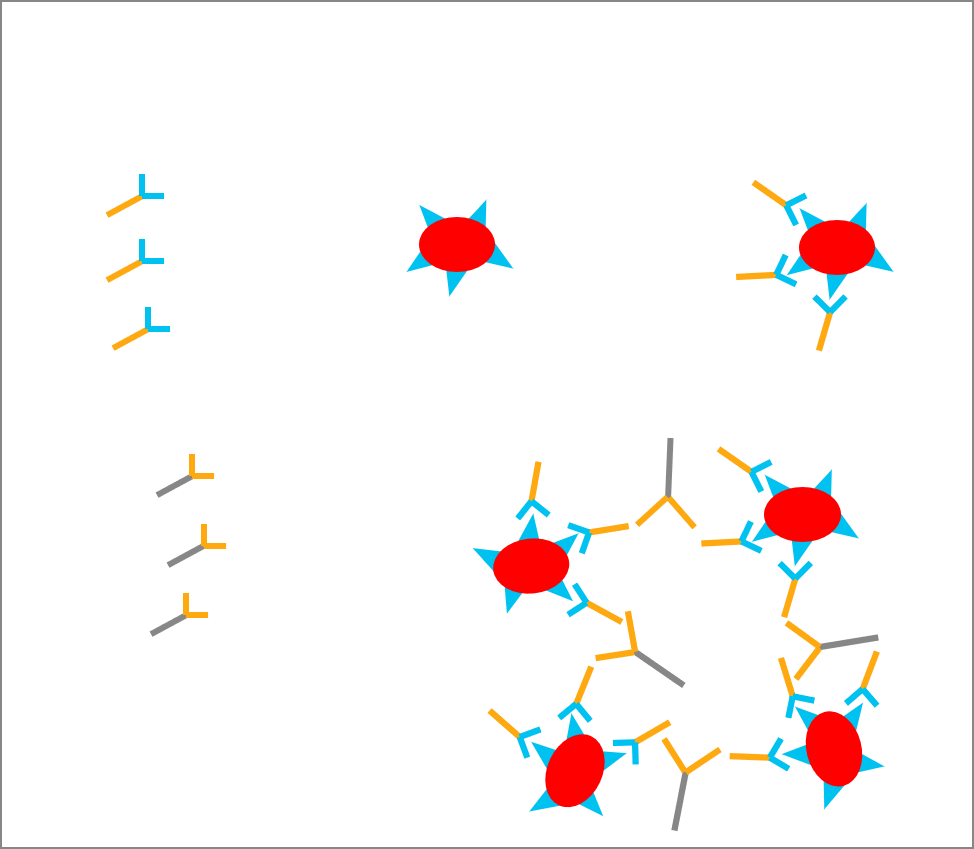 We are in the midst of the most significant global pandemic since the 1918-19 Influenza pandemic, over 100 years ago. The 2020 pandemic has been caused by a Coronavirus, named SARS-CoV-2, which confers a severe respiratory illness (COVID-19) on a proportion of those infected. The virus is readily transmissible from human to human with many of those infected showing no or mild symptoms, meaning it is hard to know who has been infected.

The virus has resulted in severe economic impacts because many countries have adopted “lockdown” policies in order to limit its spread by limiting interaction between individuals. One idea for mitigating some of the economic impact has been to identify and liberate from lockdown those individuals who have already been infected by the virus and may therefore be immune from future infections. As yet, it is not known for sure if previous infection by the virus renders individuals immune from future viral challenge, nor how long such immunity would last for. However, for this idea to be viable, diagnostic tests that can identify the SARS-CoV-2 antibodies in the human blood are required. Such tests have been made by innumerable manufacturers but they vary greatly in their performance.

At what stage are antibodies exhibited?

To understand the value of SARS-CoV-2 antibody tests we need to know who exhibits what antibodies, and when. It is assumed that the vast majority of individuals will have a detectable antibody response, regardless of whether or not they are symptomatic. The below data suggests IgG and IgM antibodies are detectable 1-3 weeks after SARS-CoV-2 symptom onset. 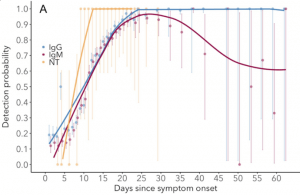 Detection of IgG, IgM and Neutralising (NT) antibodies over time since symptom onset.
Taken from a pre-print published online by Borremans et al., (2020)

Why 100% test specificity is essential for SARS-CoV-2

Logical Biological received some CE-marked SARS-CoV-2 IgG and IgM antibody tests a few weeks ago (we won’t name the manufacturer). In the pack insert these tests reported 97% specificity, which sounds high, but what does it mean in the context of the proportion of people who actually have been infected in the population? Specificity can be defined as the number of true negative cases that actually return a negative test result.

As can be seen in the tables below, if 1 person is selected at random and tests positive using a 97% specificity test when the prevalence within the population is low, it is much more likely that a positive test result is a false positive than a true positive.

Even with a 99.6% specificity test, such as those now available in a leading UK high street pharmacist, there is a clear threat of false positives, the proportion of false positives to actual positives reducing as the true number of infected within the population increases. One serology study, performed in Santa Clara, California, received criticism that the specificity of the test was too low, at only 99.5%. Only with 100% can we be fully confident that the positive test result is a true positive. Fortunately, such tests are now becoming available, such as one developed by Ortho Clinical Diagnostics.

The tables below consider a random selection of the population. Individuals may feel more confident about a positive result they receive if they have also shown the classical symptoms.

Sensitivity of a test can be defined as the proportion of those genuinely bearing a marker (such as SARS-CoV-2 antibodies) who test positive for it. In the context of SARS-CoV-2 antibody tests, results from low sensitivity tests are less “dangerous” than results from low specificity tests. Low specificity tests could result in a situation where susceptible individuals who have wrongly tested positive, believing themselves to be both immune and non-infective, stop taking precautions to protect themselves and others, leading to further infections. On the other hand, low sensitivity tests would likely result in previously-infected individuals who have wrongly tested negative continuing to be cautious and since they have already had the infection would not be able to contribute to further spread in any case.

How many people have actually been infected by SARS-CoV-2?

One of the countries most affected by the pandemic has been Spain. The government of Spain has recently performed a serological study (results published on 13th May 2020) where they assessed the blood of 70,000 individuals. The most affected province showed 14.2% positive tests whereas the least affected regions were at less than 2%. The overall figure for previously-infected individuals in Spain was assessed to be approximately 5%. The test looked for both IgG and IgM antibodies. In the context of the above information, it should be noted that the test used was reported to show 100% specificity and 79% sensitivity for IgG. This means it would miss 21% of those previously infected and also may miss some people in the early stages of infection. It was wise of them to choose a 100% specificity test, and in the context of a serological survey to assess prevalence within a large population, the results can be adjusted to account for the low sensitivity of the test.

Data from other countries is in line with that from the Spanish study. For example, study results announced on April 23rd from another of the world’s major hotspots, New York State, USA, found 21% of people to be antibody positive in New York City. High figures (10-20%) were also seen in other areas while outside of the most-affected areas in the state the average prevalence was 3.6%.

The prevalence of SARS-CoV-2 in some locales is 2-20%. At the upper end of this range the % of positive tests that would be false when using a 97% specificity test would be significant and unacceptably high. At the low end of this range there would be more false positives returned than true positives, rendering such a test completely useless. Beware SARS-CoV-2 antibody tests with <100% specificity.

Due to the dynamic nature of the SARS-CoV-2 pandemic this blog post will be out of date shortly after it is written.

The time we saved a woodpecker during our lunch-break